OF FRIENDSHIP, IRISH COFFEE AND THINGS.....


In 1989 whilst returning from my father's funeral with two of my best friends we became embroiled in one of those philosophical conversations which so many of us have at times of great loss. It centred around how short life can be, opportunities missed, and how we should make the most of what we have when we have it. Right then and there we decided that from that day forth we would get together at least once a week, every week, without fail!

And so it came to pass that at three o'clock every Friday afternoon my one friend, who ran a furniture manufacturing company, would close his factory early, drive to my offices, where I had ended my day early, and we would both drive to the third friend, who was a dentist and closed his practice early, where we gathered. We would drink an Irish Coffee, only one, chat about the week that was, and the weekend still to come, and an hour or two later we would go off to our respective families.

It was the only prerequisite I had in my employment contract. When I was asked in an interview if I had any requirements of the company I stated, without blinking, that at three o'clock every Friday I would be leaving the office irrespective of the work on hand. They needed to understand that I was prepared to work any number of hours on all of the other weekdays, and weekends if required, but the Friday afternoon was non-negotiable. I think I caught them by surprise, or perhaps they didn't think I was being serious, because they agreed without hesitation.

25 years later we still get together at least once a week, every week, without fail. The format has changed slightly since the dentist has retired, relocated up the coast, and can only join us every couple of weeks. The furniture manufacturer has also retired, but that has given us the opportunity to get together more often and the two of us now meet twice a week!

The statistics are staggering!  200 litres of whiskey, 20 kg of coffee, 35 kg of sugar, and 100 litres of cream consumed, with some water thrown in for good luck!  Along the way we have become extremely good at making Irish Coffees, and are generally recognised as being the Irish Coffee makers of choice amongst those fortunate enough to join us on Friday afternoon. We've learnt that the best whiskey to use is the cheapest whiskey off the shelf because, as my one friend says, "it must be gruff". The more expensive the whiskey, the more easily it is overpowered by the coffee, sugar and cream. You get strange looks from the off sales cashiers when you ring up two or three bottles of their cheapest but we've learned to live with the stigma!  The cream must always be cold, and the underlying coffee hot, to provide contrasting sensations to your top and bottom lips. Of course it goes without saying that the dividing line between the cream and the coffee must be clear and sharp, no "brown cows" for us!  Pouring the cream onto the coffee over a spoon to ensure that  the two don't mix is a technique which needs to be mastered, but fortunately like riding a bicycle, it is one you never forget.

The numbers don't tell it all because one factor that cannot be calculated is the friendship. Our gatherings on a Friday have never been about the alcohol, or the pouring techniques. We only ever drink one Irish Coffee each. It is just a "treat" for the three of us, a small liquid vice to provide an amusing and tasty common denominator. The most important statistic is that through winter and summer, rain and shine, good times and bad, political turmoil and economic uncertainty, sport and children's school functions, on more than 1300 occasions, we have gathered together once a week, every week, without fail. We were good friends before we started, but now we are the best of friends, we are the Inner Circle, and will be so for the rest of our lives.

My father had nothing tangible to leave me when he died, but his passing triggered a decision which has had a profound effect on my life. That irrespective of what the future holds we can look back and say that we didn't allow time to pass us by and lose out on the opportunities that friendships offer. My Irish Coffee drinking friends and I have made the most of our time together and it has been, and will continue to be, the best of times.

Posted by Hilton at 3:31 AM No comments: 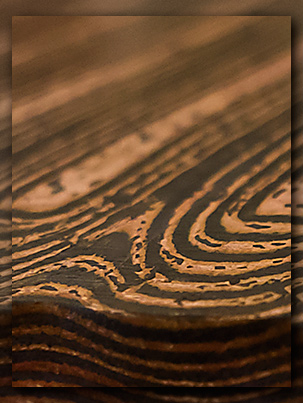